In August of 2009, I conducted a survey of my blog readers and twitter followers on their plans to deploy SharePoint 2010. Little was publicly known about the product details at that point, but we did know their were some deployment limitations and tools released to help prepare for upgrade, so I concentrated on that. Joel Oleson did some preliminary analysis of my survey, a survey of his and some other surveys.

I’ve posted the full results as three images below. Click the thumbnail for the full version. Initially, I was sharing the results publicly, but Survey Monkey pulled them some time ago.

I agree with Joel’s analysis that the most interesting result is that almost half of respondents had run the pre-upgrade check included with SharePoint 2010 updates. Even more were ready for 64bit deployment. I also thought it was interesting that so many were ready to deploy early in the product lifecycle. This audience is biased as most readers of these posts are full time SharePoint professionals and would be more prepared to handle any risk of early release bugs. In the end, the product has proved to be very solid at release time last year, so any cause for concern now it greatly diminished.

I didn’t capture processor and RAM requirement feelings in 2009, but I want to mention mine now. It has proven more important over time. Quad-core processors are the recommended minimum. 8GB is the minimum RAM with more recommended. It’s not just that SharePoint 2010 does so much more. It does. But also, there is better acknowledgement upfront this time that SharePoint deployments tend to grow and more resources will be necessary soon if they aren’t now. 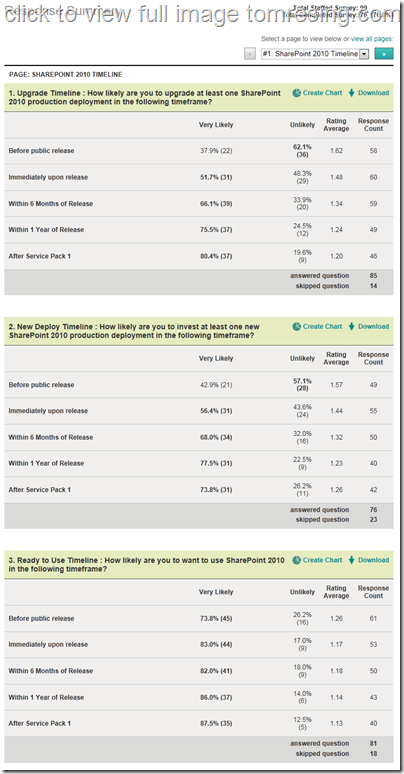 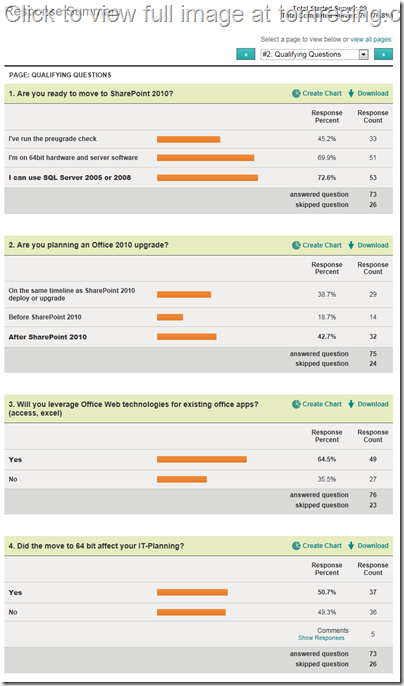 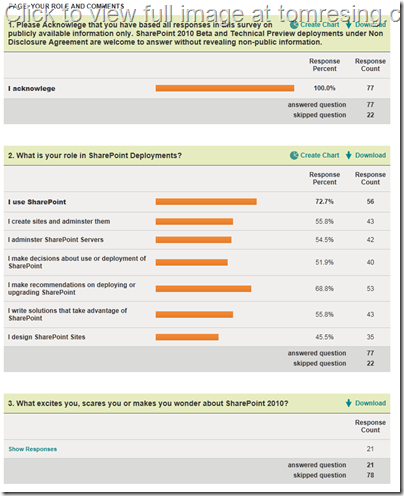