Now that SharePoint 2010 has been released, who isn’t excited to get their hands dirty trying it out? Follow Joel Oleson’s download links to try it out like I did. After grabbing the bits from MSDN a little over 2 days ago, I have a fully functional 2010 RTM Farm to explore today!

For me, the fun started with the Initial Farm Configuration Wizard. Sharepointdevwiki.com has screenshots of every step from the beta and not much has changed. When you run the setup wizard and the configuration wizard from the Start menu it feels familiar from 2007 installs. But as you can see below, when you hit this new web page for the first time, it screams CHANGE IS IN THE AIR! 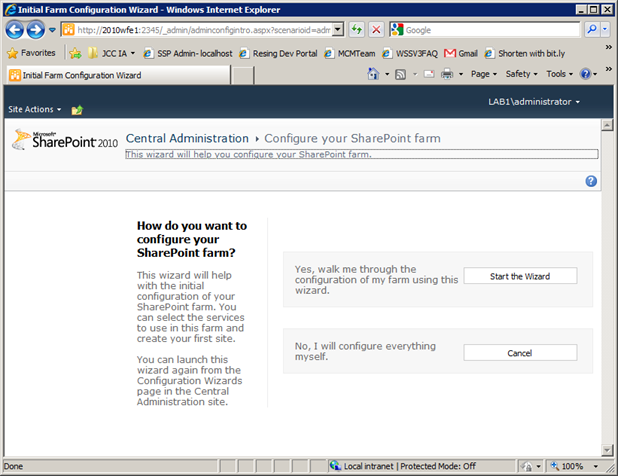 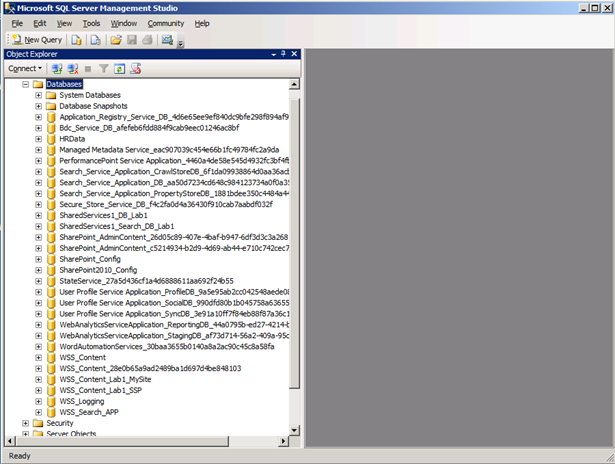 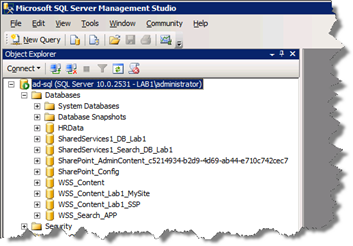 Compare that to the 9 I had before the install and that’s 20 new databases without a real site collection yet!

If you avoid the snags I hit, you may get to the new Portal Template, below, even quicker than I did. 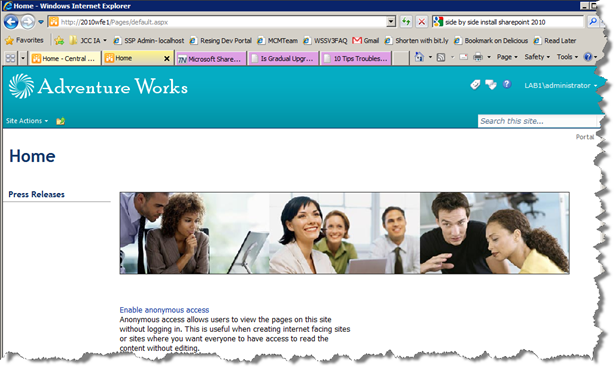 Next: Upgrade my laptop?

This first install was on a vm farm on a desktop lab machine with 8GB of RAM. My laptop only has 4GB. Considering I need the full 4GB for a SharePoint 2010 Install, I’m thinking of running an in-place upgrade on that machine. If I do it, I’ll let you know here or on twitter.